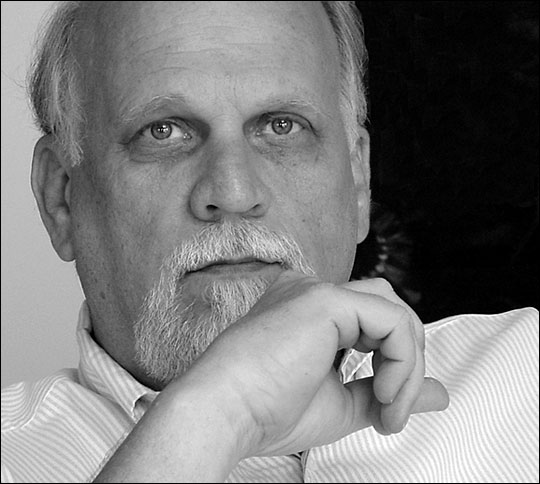 Frederick Barthelme was a founding member, with Mayo Thompson, of the art/noise/psychedelic rock band Red Krayola, and a painter and conceptual artist in Houston and New York in the late 1960s. His work in that area appears in many of the seminal publications of the movement including Lucy Lippard’s The Dematerialization of the Art Object, Donald Karshan’s exhibition catalog Conceptual Art and Conceptual Aspects, several of Seth Siegelaub’s projects, and other books and monographs on the movement. In the mid-seventies he studied fiction with John Barth at The Johns Hopkins Writing Seminars, from which he received his Master of Arts degree. From 1977-2010 he taught fiction writing and directed the Center for Writers at the University of Southern Mississippi. He won numerous awards including individual grants from the National Endowment for the Arts, and diverse grants and awards as editor of Mississippi Review, the literary magazine he edited in print 1977-2010, and for the independent online magazine Mississippi Review Online which he founded and edited 1995-2010. He provided texts for Susan Lipper’s 1999 book of photographs, Trip, and has long been an occasional contributor to The New Yorker. He has also published fiction and nonfiction in Fiction, Epoch, GQ, Ploughshares, Playboy, Esquire, TriQuarterly, North American Review, The New York Times, Frank, The Southern Review, the Boston Globe Magazine, and elsewhere. His work has been translated into a dozen languages. The memoir, Double Down: Reflections on Gambling and Loss, was co-authored with his brother Steven, and was a New York Times Notable Book of the Year. The same honor was awarded his retrospective collection of stories, The Law of Averages, published by Counterpoint in November 2000. His novel Elroy Nights, published in October 2003 by Counterpoint, was also a New York Times Notable Book of the Year, and was one of five finalists for the 2004 PEN/Faulkner Award. In 2009 he published Waveland, a novel set on the Mississippi Gulf Coast a year after Katrina. In 2010 he won the Mississippi Institute of Arts and Letters Award for Fiction and he is presently editor and publisher of the online literary publication New World Writing (previously Mississippi Review Online, Blip, Rick Magazine, and Stand Away from the Vehicle). His most recent novel is There Must Be Some Mistake, published in hardcover by Little, Brown and available in paperback in 2017.

In fine arts, Barthelme worked as a painter and concept artist in Texas in the late 1960s. His work was presented in a number of exhibitions in Houston at the Louisiana Gallery, the Katheryn Swenson Gallery, Kiko Gallery, and in exhibits at the University of Houston, Rice University, the Jewish Community Center, the Oklahoma Art Center, and in numerous regional exhibitions. After moving to New York in 1967, he was involved with the then-fledgling concept art movement, appearing in exhibits at the Museum of Modern Art, the Museum of Normal Art, Seattle Art Museum, UBC Gallery Vancouver, CAYC Buenos Aires, the New York Cultural Center, Oberlin College, Los Angeles Contemporary Exhibitions, the Texas Gallery, and other museums and galleries in the U.S. and elsewhere. His work was included in Seth Siegelaub’s early printed exhibitions, in the special “concept” issue of Studio International, in Ursula Meyer’s Conceptual Art, in Lucy Lippard’s curated exhibits and in many of the seminal publications of the movement including Lippard’s The Dematerialization of the Art Object, Donald Karshan’s exhibition catalog Conceptual Art and Conceptual Aspects, and other books and monographs on the concept art movement.